Pirouetting InTo The Past 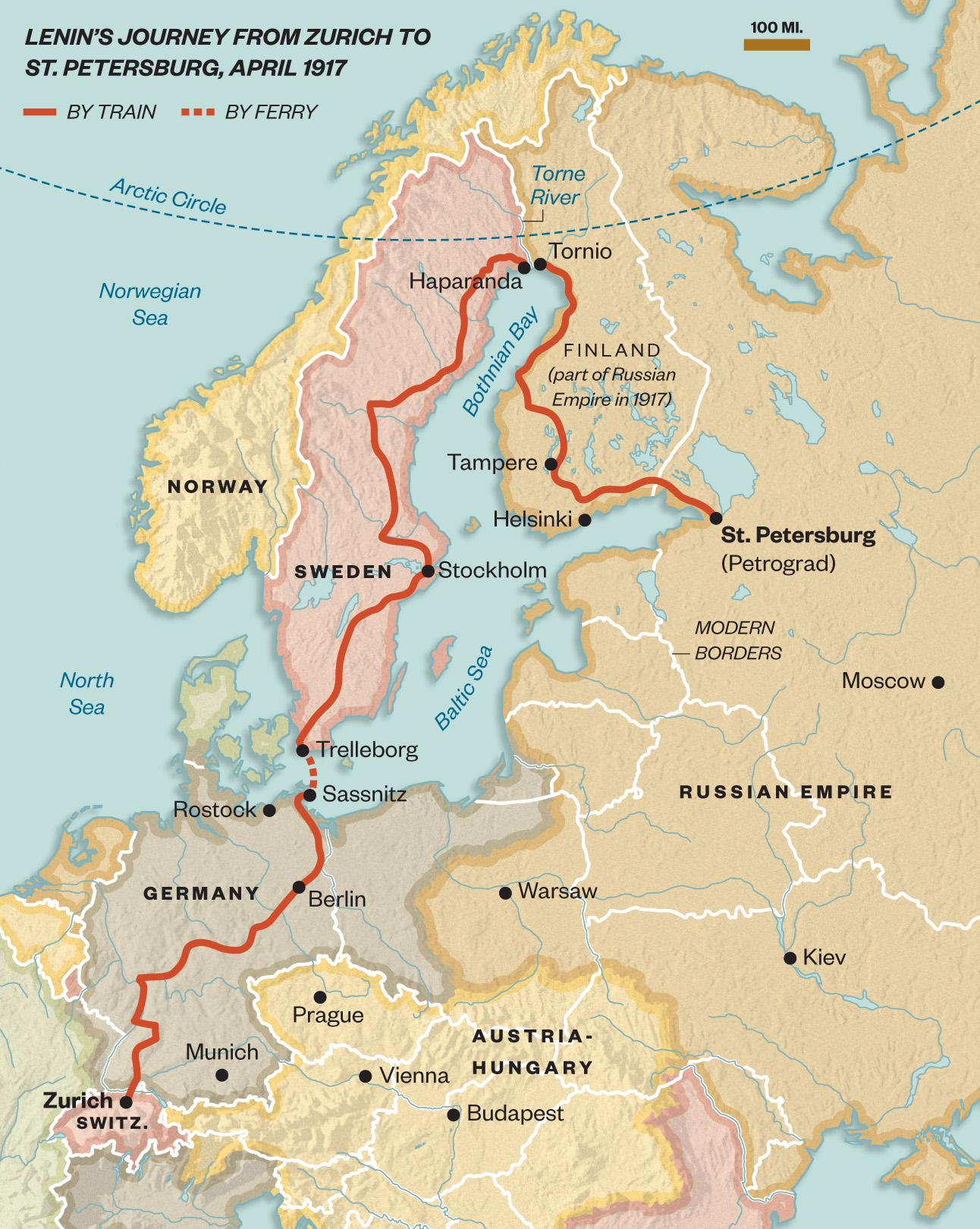 UPDATED 11/21/2016 Wikipedia, Truman Doctrine and Turkish Straits crisis (past is prologue albeit with a hint of irony ... Reuters, China says would consider Turkish membership of security bloc)

...kudos to Austria...the United States et al. must maintaining or increasing Russia sanctions, if necessary (and diplomatic dialogue) to compel compliance with the Minsk Protocol...

...really, what proof do you have for such an absurd assertion...beyond that the chaos is probably staged by America, Britain, Germany, France, Ukraine, et al!..."action speak louder than words"...

Publicly release OPCW's full unrestricted report. Russia's assertion that it will not accept OPCW's final report (or responsibility) unless given access to the Russian assassins' targets is not relevant.

UPDATED 03/28/2018 Reuters, With NATO, EU Sets Out Plan to Enable Faster Troop Movement Across Europe and Reuters, U.S., EU to Expel More Than 100 Russian Diplomats Over UK Nerve Attack and Reuters, Russia Says It Will Respond in Kind to West's Expulsions and WP, The Latest: Trump Calls UK’s May on Expelled Russian Envoys and RNZ, PM's Spy Comments Make NZ 'a Laughing Stock' 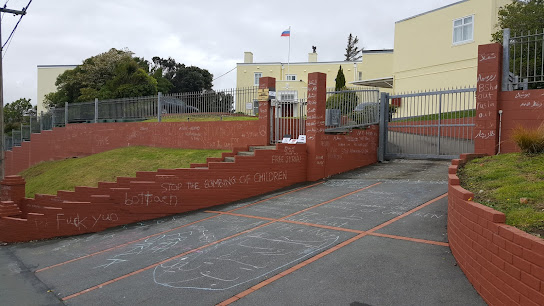 Embassy of the Russian Federation in New Zealand

No spy to expel, no problem...just send a dangle to the Russian Embassy...then expel the responding "diplomat"...or perhaps our nation will expel another Russian "diplomat"  (i.e. 60 plus one) for New Zealand's many years of support?


MSNBC, Putin Makes Announcement, and Trump Has No Response

It is unclear why Putin thinks he has a right to menace Ukraine and Ukrainians or perpetuate Russia's long history of inflicting misery† on them, then indignantly respond when they resist?


† The misery and mayhem of the Holodomor resulted in the mutilation of many Ukrainians by starvation.


Senator Angus King could not be more wrong when he asserts that Russia is taking advantage of our free press and our open society and driving divisions:

"...They have discovered a way to turn the strengths of our country and the West against ourselves," he said. "I call it geopolitical jiu-jitsu, where they're taking advantage of our free press and our open society and driving divisions, and there's no question that they did that in 2016 in a big way."--Examiner quoting King

It is not our free press and open society that are the problems, they are the solution and our nation's greatest strengths!  The problem is an untrustworthy and dysfunctional Congress held in contempt by a mostly uniformed citizenry, which is therefore susceptible to a relatively simple and transparent foreign adversary's propaganda campaign!

DefOne, Zapad 2017: What You Need to Know About Russia’s Big Wargame on NATO’s Doorstep

A calm and confident NATO is good. A NATO unconditionally committed to ensuring no nation(s) alters any recognized borders through force, intimidation or menacing behavior is best.

UPDATED 03/30/2017 C-SPAN, Senate Intelligence Committee, Russian Interference [aka "active measures"] in the 2016 Election and Its Capabilities to Impact Elections

An early start to Senate hearings after the House Intelligence Committee Chairman immolated the committee's credibility and immobilized its current work.

In addition to the Senate hearings Congress must launch a select committee, commission, and special prosecutor to investigate Russia's active measures effecting our 2016 Election.

PBS, Hearing Russia's involvement in the 2016 Election on YouTube


UPDATED 03/10/2017 EurasiaNet Op-Ed, Russia: The 1917 Revolutions and the Ambiguity of Post-Soviet Identity

cfr, Panel Discussion Russia: Rival or Partner, or Both?

UPDATED 02/27/2017 NewYorker, Trump, Putin, and the New Cold War
UPDATED 02/17/2017 Courant, Coast Guard Tracking Russian Spy Ship Near Submarine Base In Groton and Russian Spies Off The Coast Are Nothing New For An Old Sub Hand and ABCNews, Russian spy ship 30 miles from US Navy sub base

Our media should not combine reports of Russia loitering and snooping in international waters with Russia's possible technical (or worse?) violation of the INF Treaty! The later activity, if accurately reported and accurately verified2 (i.e. deployment of GLCM launcher and violating missile), is orders of magnitude more significant than a bunch of Russian spooks harmlessly floating off Long Island recording signals and images, generally being a nuisance! Wonder how our "new" alt-white-house and comrade Putin or is it nemets Adamov are going to work this into their active misinformation-disinformation campaign3?


The Navy's 2016 Force Structure Analysis (FSA) did not come with the SecNav's FSA announcement—for now all we can say is our navy is asking Santa Claus to deliver a lot of Christmas presents! Even Santa Claus is constrained by budget and funding levels!

A Security Council vote is not required to steadfastly support or increase and extend the sanctions imposed on an infandous (odious beyond expression) government.

Normalized relationship with the United States must require Russia's compliance with the Minsk II protocol. Changing or maintaining national borders by use of force or an infinite variety of thuggery is a twenty-first century anathema and affront to all peaceful nations.

UPDATED 11/23/2016 WP, These maps show how Russia has Europe spooked
UPDATED 11/21/2016 WT, Russia withdraws from International Criminal Court after being called out over Crimea invasion
UPDATED 10/13/2016 CSM, Gorbachev calls for peace: Is there a path forward? and  IPI, Interview with Mikhail Gorbachev at the Reykjavik Summit

Even worse than mistrust between nations, is the twenty-first century chaos created when any nation's government seeks to impose ad hoc changes to international rules or order by threat, intimidation, force, and coercion,

The sooner all global citizenry live under representative type governments, the sooner nations can get on with doing things that matter!

UPDATED 01/19/2017 Some militarists have long speculated that cavitation might change a relatively slow-moving hydro-body into a faster-moving aero-body by enveloping the hydro-body in bubbles (i.e. supercavitition).

A modern sonar women might wonder why you would spend millions on supercavitation to continuously broadcast your submarine's position when you could just turn on the active sonar and ping away?

Countering misinformation and disinformation is about more than our "new" alt-white-house, but any American campaign to counter these strategic hybrid-tactics will fail without understanding and acknowledging when such tactics are used against our own citizenry.

A nascent effort to comprehensively understanding "influence" campaigns is the The German Marshall Fund: The Game Has Changed: Russian Interference and the Alliance for Securing Democracy. The effort tracks an estimated 600 Twitter accounts thought linked to Russia's misinformation and disinformation efforts (The Methodology of the Hamilton 68 Dashboard and Hamilton 68 Dashboard).

RealTime, New Rule: ShitStarters (as in Fakebook, aka Facebook)